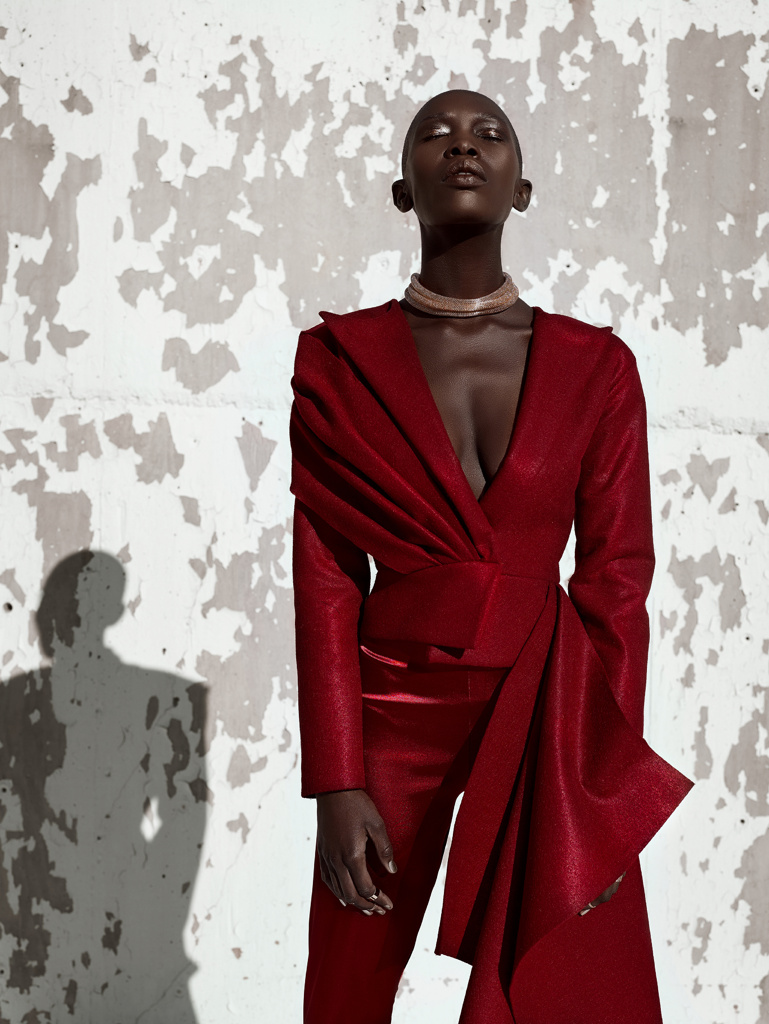 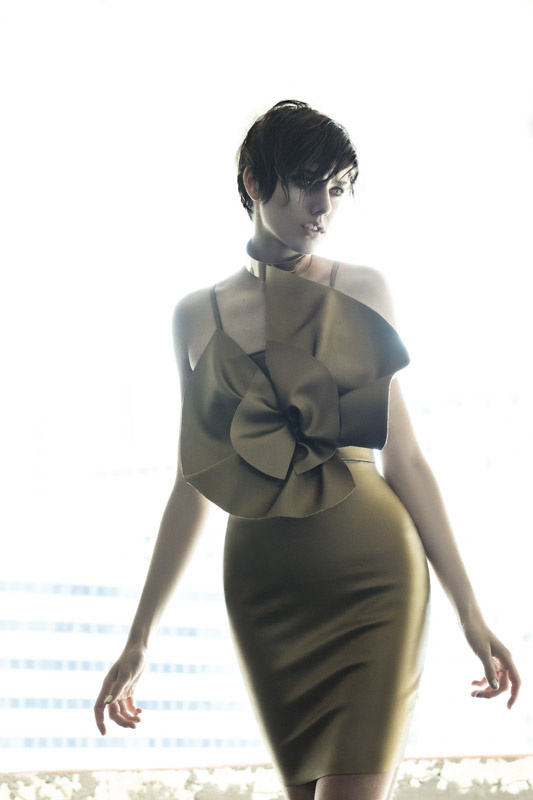 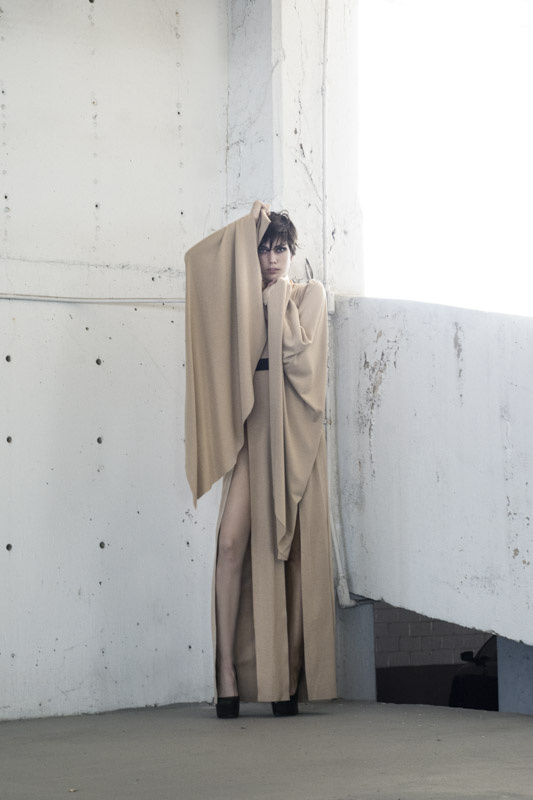 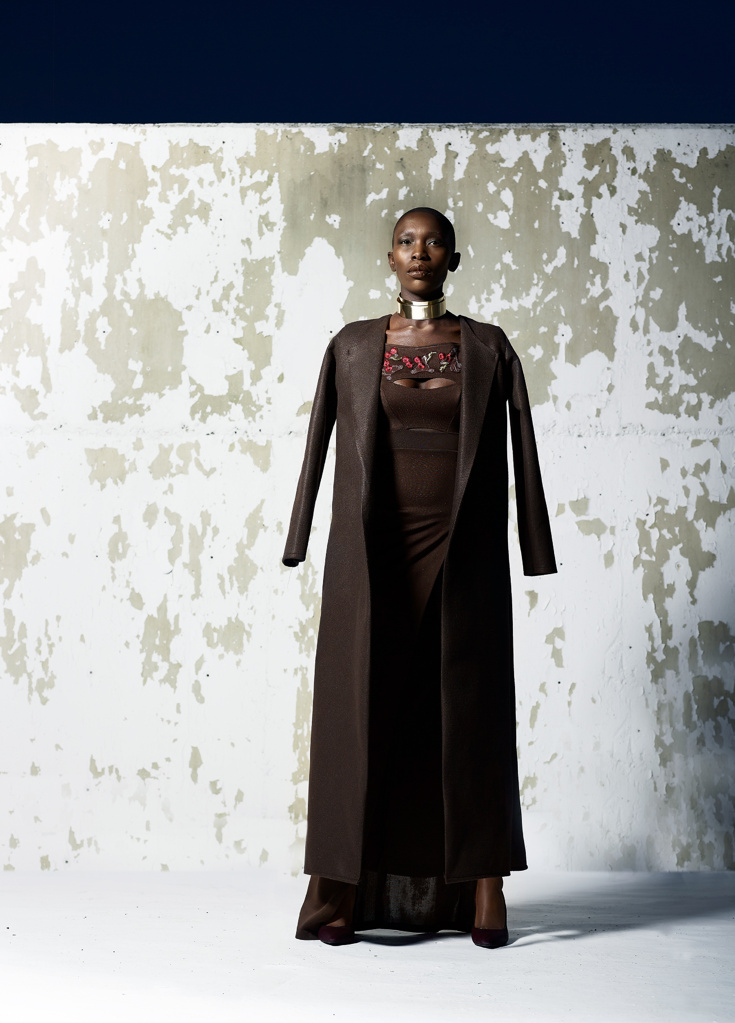 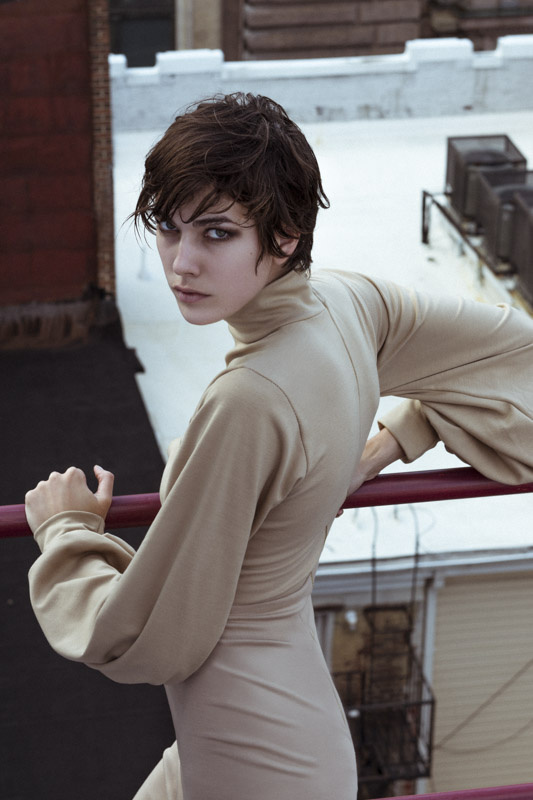 Bishme Cromartie was born February 16, 1991 in Baltimore, Maryland. As a little boy he would play with his toys and make clothes for them. He would use socks, scraps of fabric or anything he could find. That was when he noticed he had an interest in clothes. By the age of eight, his interest had increased. He would sketch designs for dresses, skirts and blouses.

One summer, he went to stay with his aunt in New Burgh, New York. While there, his aunt taught him the basics of sewing. By the end of the summer, Bishme returned to Baltimore armed with the skill of basic sewing. Initially, he sewed very basic things by hand; pillowcases or a rip in a pair of jeans. But one Christmas, Bishme received a sewing machine for a gift and that’s when he started making items for family and friends. After a year or so he was approached about making a summer dress for which he would be paid. (His first paying customer!)At first, Bishme was nervous and unsure about his ability to make the dress. Using his self-taught sewing skills and those he learned from his aunt, he completed the dress. After he completed the dress, Bishme was very proud of his accomplishment. His customer was so happy and pleased with the dress; she told him he should make clothes for everyone.

After a few more years of practice, Bishme came up with a clothing line. He wanted his clothes to appeal to all ages not just his peers. He began his line with tee-shirts and hoodies. He knew that this would be an easy and quick way to get his clothes and label noticed by the public. Bishme, aswell as his style as a designer, has grown and evolved. He wanted to showcase his true talent by designing and making garments from scratch.

February 9, 2007 was Bishme’s first solo fashion show. The clothes showcased were not only chic, edgy and well constructed but quite unexpected for a 16 year old. The show went so well that Bishme was the subject on a local newspaper article. Word spread quickly about this young designer on the rise. His new found notoriety has made him and his family very happy. Not content with being just a “local” designer, Bishme has nationwide aspirations. He hopes his dreams are realized soon but he knows it will take a lot of hard work, sacrifice and networking. Bishme knows the true meaning of commitment.By setting high goals as a designer and expecting nothing less than excellence from himself, Bishme Cromartie is destined to be a designer with a bright future as he now heads out Westward to join the Los Angeles Market to make a splash.